There’s something about ALEC, the American Legislative Exchange Council.  ALEC describes itself as a nonpartisan nonprofit.  But what’s really behind the curtain, and how does ALEC influence lawmaking in your state?

According to Wikipedia, “The American Legislative Exchange Council (ALEC) is a nonprofit organization of conservative state legislators and private sector representatives that drafts and shares model state-level legislation for distribution among state governments in the United States.”  ALEC’s definition, from their website, states that ALEC “…works to advance the fundamental principles of free-market enterprise, limited government, and federalism at the state level through a nonpartisan public-private partnership of America’s state legislators, members of the private sector and the general public.”

Sounds good, but is ALEC really a nonpartisan nonprofit?  According to the  Center for Media and Democracy’s website,”The facts show that it (ALEC) currently has one Democrat out of 104 legislators in leadership positions.  ALEC members, speakers, alumni, and award winners are a ‘who’s who’ of the extreme right.  And while most people would argue that handing bills to legislators so they can introduce them is the very definition of lobbying, ALEC goes beyond lobbying, actually making the legislators themselves the lobbyists for the corporations.”  Not exactly the definition of nonpartisan nonprofit.

Additionally, “More than 98% of ALEC’s revenues come from sources other than legislative dues, such as corporations, corporate trade groups, and corporate foundations.”  ALEC has received direct grants from such major corporations as ExxonMobil as well as some of the biggest foundations such as the Koch brothers, the Koch-managed Claude R. Lambe Foundation, the Scaife family’s Allegheny Foundation, the Coors family Castle Rock Foundation, among others.  The Center for Media and Democracy also points out that “Less than 2% of ALEC’s funding comes from ‘membership dues’ of $50 per year paid by state legislators, a steeply discounted price that may run afoul of state gift bans.”

“Through ALEC, global corporations are scheming to rewrite YOUR rights and THEIR revenue.  In ALEC’s own words, corporations have “a VOICE and a VOTE” on specific changes to the laws that are then proposed in your state. DO YOU?”  (Center for Media and Democracy)

Join Barb and John as they discuss There’s Something About ALEC. 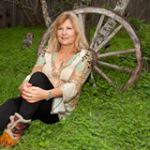 Joining Amerika Now during the second hour is the Founder of Global Prayer Partners and the host of the popular show, The Sheila Show, Sheila Gale.

Sheila Gale was stunned.  Her daughter was waging a battle against a prolonged mystery illness–wasting away in the hospital attached to tubes and wires.  Miserable to see her daughter endure such suffering, the longtime host of The Sheila Show reached out to her listener base for a desperate favor in the form of prayers.  Inundated with responses, she read them to her daughter, Natasha, all 450 of them, and within 48 hours, her daughter was healed and on her way home.

It was this remarkable experience that inspired GlobalPrayerPartners.com, a website that unites people who need prayers with those who are willing to offer them.

Sheila will talk about her Kickstarter project for GlobalPrayerPartners as well as some of the amazing stories of both sufferers and prayer volunteers.

Through her long-running radio show Sheila has built a career of  helping other people help themselves–assisting people in living extraordinary lives.  Sheila has been heard on the airways for more than 30 years on more than a dozen AM and FM stations from Los Angeles to Monterey, California.  Her mission is “To bring Spiritual, Evolutionary, and New Thought to Main Stream America!”

Joining the show during the final hour is Thomas Griggs, who will be discussing Learning to Teach Mindfully:  Examining the Self in the Context of Multicultural Education.

In the literature of self-study in teacher education, there are few works exploring mindfulness.  Tom will discuss the relevance of mindfulness meditation for teachers as well as the development of mindfulness in his own life.

The mindfulness meditation Tom has been practicing for more than a decade is rooted in Buddhist spiritual philosophy.  Influenced by the spiritual leader, Thich Nhat Hanh, Tom’s journey began a decade ago when he suffered a personal /family crisis.

Mindfulness, as described by Nhat Hanh (1991), is about compassion, empathy, and deep listening. It provides an approach to thinking about one’s teaching and to addressing one’s teaching actions in the field on a moment-by-moment, breath-by-breath basis. It is a phenomenon that Tom believes is interwoven into all that teachers do.

Griggs definition of mindfulness is shaped by two related conceptions:  (1) being present in the here and now and being conscious of oneself and (2) mindfulness has everything to do with being a mindful teacher.

Thomas A. Griggs is currently an associate professor, and has taught in the School of Teacher Education at the University of Northern Colorado for the last fifteen years. He holds a split appointment at UNC in the areas of foundations of education and culturally and linguistically diverse education.

As a teacher-educator and scholar in teacher education, he is particularly interested in the study and understanding of factors that influence the well being of classroom teachers in their places of work, ranging from the professional to the personal, from the societal/cultural/structural/institutional to the individual.

Dr. Griggs holds two Master’s degrees from UCLA and a Ph.D. from the Ontario Institute for Studies in Education, at the University of Toronto, in Canada. He has been a student and regular practitioner of mindfulness meditation for just over twelve years.