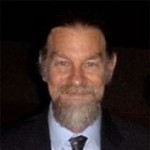 Making a return visit to Amerika Now during the first hour is author and researcher, Jack Churchward, who will be discussing his book, Lifting the Veil on the Lost Continent of Mu.

Jack’s research into the life and theories of his great-grandfather, James Churchward, author of the series of books about the Lost Continent of Mu, is conducted using his technical expertise, unique connections, special viewpoint, and access to a portion of James’ original source materials.  Armed with his knowledge and capabilities, Jack seeks to create a more complete understanding of James Churchward and his theories.

Jack’s first book, Lifting the Veil on the Lost Continent of Mu, Motherland of Men, was published in 2011 and is the definitive edition of the 1926 classic by his great-grandfather, James.  Jack’s second book, tentatively entitled Stone Tablets of Mu, is due out in 2014 and discusses the rarely seen 1927 book by James entitled, Copies of Stone Tablets Found by William Niven.

Jack served six years in the United States Navy and went on to earn his Bachelor of Science in Electrical Engineering from the University of South Florida.  He has more than 30 years experience in the Aerospace and Defense industry, having worked on both manned and unmanned Space and Military platforms.

In addition to earning the rank of Eagle Scout and participating in archaeological digs as a youth, Jack is a fourth generation engineer and fourth generation patent holder and identifies himself as a Tibetan Buddhist.

Jack makes it clear that his research does not totally agree with his great-grandfather’s, and he’s not afraid to state where they disagree.

Life is choices…but for most people, there’s little thought given to one of the most important choices we’ll have to make for ourselves and our loved ones…that regarding the end of life.  Even more difficult is when it’s a parent having to make those choices for a child.

If you’re a parent, have you ever thought about what you would do if your child was diagnosed with a terminal illness?  Would your state laws allow treatment options?  Would you have the legal right to protect your child’s dignity to ensure a peaceful passing?

Donna Corso has written a beautiful book that will open your hearts and eyes about death and end-of-life choices.  Her book is called When the Wind Chimes Chime, and it’s the true story of a little boy’s battle with terminal cancer and his family’s journey to acceptance and advocacy.  Donna joins me this evening to talk about releasing this greatest fear of all as well as how to embrace the natural cycle of life.

Donna is a Reiki master, certified hypnotherapist, and ordained interfaith minister.  Since 2001 she has been the personal assistant to Neale Donald Walsh, the New York Times bestselling author of the Conversations with God series.

Visionary James Gilliland joins the show during the final hour to talk about what it is going to take for humanity to make the next leap in evolutionary consciousness.

These are exciting, changing times…the Age of Aquarius, when love, compassion, and service will replace fear, indifference, and self-centeredness as humanity has the opportunity to make the next leap in evolutionary consciousness.  This age promises peace and harmony  even as there are opposing forces that seem to be trying to subvert humanity from its natural state.  But humanity is not alone.  There are those who stand ready to offer assistance and divine intervention in helping Earth rejoin the cosmos.

James will discuss the ongoing war in consciousness and what’s required for humanity to make the leap of consciousness to rejoin the rest of the universe in peace.

James Gilliland is the Founder of ECETI (Enlightened Contact with ExtraTerrestrial Intelligence), as well as being a minister, counselor, an internationally known lecturer, and bestselling author of the books Reunion with Source, Becoming Gods, and The Ultimate Soul Journey.  James has appeared in Contact Has Begun, His Story, The History Channel, UFOs Then and Now, UFO Hotspots, ABC, Fox News, BBC Danny Dyer Special, Paranormal State, ECETI Ranch, a Documentary, and the new movie Thrive. He has appeared on Coast to Coast, Jeff Rense, and numerous other radio shows.  In addition, James is the host of As You Wish Talk Radio, www.bbsradio.com and Contact Has Begun, www.worldpuja.net.  He is a facilitator of many Eastern disciplines, a visionary dedicated to the awakening and healing of humanity and the Earth, and teaches higher-dimensional realities from experience.