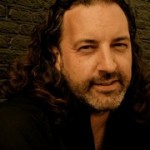 Joining Amerika Now for the first half of the show is Philip Coppens, who served as editor on Erich von Daniken’s newest book, Odyssey of the Gods.  Philip is a renowned author and investigative journalist, ranging from the world of politics to ancient history and mystery.  He co-hosts The Spirit Revolution radio show with his partner, Kathleen McGowan, and is a frequent contributor to NEXUS Magazine and Atlantis Rising Magazine. Since 1995, Philip has lectured extensively and has appeared in a number of television and DVD documentaries, including Ancient Aliens:  The Series (History Channel).  He is the author of The Stone Puzzle of Rosslyn Chapel, The Canopus Revelation, Land of the Gods, The New Pyramid Age, and Servants of the Grail. He is also the author of the ebook, 2012, Science of Fiction?

World famous for his best-seller Chariots of the Gods, Erich von Daniken is again rocking the worlds of archaeology and history with his new book, Odyssey of the Gods:  The History of Extraterrestrial Contact in Ancient Greece. Backed by monumental research and new discoveries, von Daniken suggests the Greek myths were very much a reality, and that the Greek gods were extraterrestrial beings that arrived on Earth thousands of years ago.

The author’s conclusions sound astounding, yet they are argued with great insight and knowledge.  Philip will expertly relay von Daniken’s information, including a revolutionary interpretation of the sites and legends of ancient Greece; the conflict between alien gods and humans; the true origin of centaurs, the Cyclops, and other mythical creatures; and a startling new explanation of the Atlantis legend.

For more information about Erich von Daniken and the book, please visit www.warwickassociates.net.

For more information about Philip Coppens, please visit his site at www.philipcoppens.com.

Dr. Jack Pruett joins Amerika Now during the second half of the show to discuss his powerful theory that ties the Bible and ancient aliens to the lives we live today.  Dr. Pruett has done extensive research into the work of Zecharia Sitchin and his theories that describe a race of ancient beings who came to Earth 450,000 years ago to spawn humanity and combined it with his knowledge garnered from a deep examination of the Bible and ancient Sumerian tablets.   The result is his book, The Grandest Deception, which is the first in a series of books and webinars.

Dr. Pruett will discuss how the Earth and humanity were created and the turbulent conditions we will face during the New World Order as well as the fate of humanity if it continues down the path that it is presently on.  His theory and book make many controversial claims that challenge traditional Biblical teachings by present-day scholars and their translations and interpretations.

Dr. Jack Pruett is a practicing physician for the past 40 years and operates his practice in rural Texas.  A quiet but known fact about Dr. Pruett is that he is a long-time friend and former medical partner for 20 years of Congressman and presidential candidate Ron Paul.  Jack is a scholar and expert on ancient Sumerian texts, The Dead Sea Scrolls, The Old and New Testaments, various religious and spiritual writings and the complete works of Zecharia Sitchin.

“Our world is upside down.  Doctors destroy our health.  Lawyers destroy justice.  The government destroys our freedom.  The mainstream media destroys information, and our religions destroy our spirituality,” states Dr. Pruett.  He also warns of the return of the Anunnaki, whom he says are still here on Earth along with their human bloodline that controls our planet.  Their agenda isn’t anything we should take for granted.  And while Dr. Pruett’s research on ancient Sumerian tablets complements Zecharia Sitchin’s work, his opinions do not represent the opinions of Sitchin or anyone else.

Dr. Pruett believes that ancient astronauts came to Earth in our distant past, created humanity, and that they and their descendants run the world today, including influencing our monetary system.

For more information about Dr. Pruett and The Grandest Deception, please visit his website at http://www.thegrandestdeception.com.