Joining Amerika Now during the first hour of the show is iconoclastic (and uncannily prescient) libertarian hypnotist and former financial engineer Jake Shannon, who says that by 2025, the American empire will have gone the way of so many empires before it.   With the debt clock surpassing the $16 trillion mark, at what point does the debt destroy the country?

In his new book, ENDonomics, Shannon lays out the causes of the impending collapse of the United States as we know it in clear and simple language.  Why, despite multiple ‘quantitative easings,’ are we not seeing hyperinflation and in many cases seeing deflation? What happens when the US defaults on the national debt?   How has modern financial economics, and derivatives instruments specifically, helped to hasten the collapse of the United States?   Jake will discuss these and much more.

Despite the dismal title referring to the dismal science, Shannon contends that there is good reason to be an “Apocaloptimist.”  Jake will talk about why the end of the American empire may very well lead to the rebirth of the American Republic!

Jake Shannon is the radio talk host of Mental Self-Defense Radio and holds an M.Sc. in Financial Engineering.  He’s the Co-Founder of RMInsight.net.

Jake’s an expert in Libertarian political theory and is the current Chairman of the Libertarian Party of Utah.  Additionally, Jake’s the author of the acclaimed TEA-O-CONNED:  The Hijacking of Liberty in America as well as Physical Chess and Say Uncle, both about wrestling, about which Jake is an historian.

Jake left a lucrative career in quantitative finance to pursue a passion to entertain and help others with hypnosis.  He’s the author of The Hypnotist:  Healer, Head Hacker & Headliner. 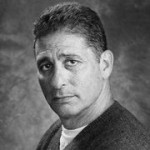 Joining the show during the second hour is consumer lawyer and author of Killing Innocence, R. J. Mandell, who will discuss the debates over such highly-charged issues as abortion, an American’s right to post incendiary videos on YouTube; the GOP’s vote to support Constitutional amendments banning abortion and restricting marriage; and even restoring elements of a ban on assault weapons.

R. J. believes these questions all beg a bigger question:  “All of these issues have to do with taking away basic rights protected by our Constitution. That’s not something we should ever do lightly – even if someone has a compelling argument about safety and security.”

R. J.’s book, Killing Innocence, imagines draconian limits on a woman’s right to choose.   “After the ‘Innocence of Muslims’ video led to the deaths of four Americans in Libya and attacks on embassies, some people are calling for restrictions on posting videos on YouTube.  Of course, we all want to prevent further attacks on Americans abroad, but do we really want to set a precedent for limiting free speech in the United States?”

Free speech, the right to bear arms, a woman’s right to privacy and choice – the topics currently in the news all hinge on restricting rights, some of which are considered sacred and unassailable — such as the 1st and 2nd amendments.  “And when they’re talking about using the amendment process — traditionally used to expand individual rights — to instead take those rights away, that’s dangerous. We tried it with Prohibition, and look what happened!”

R. J. Mandell is the Senior Litigation Counsel for The Mandell Law Firm, a boutique plaintiffs’ firm based in the San Fernando Valley of California.  As a consumer rights lawyer, he has championed the causes of hundreds of consumers, including victims of vehicular negligence, product liability, unlawful police practices, medical malpractice and elder abuse.  R. J. has been a featured lawyer in the L.A. Times, Los Angeles Daily Journal, The National Law Journal, Court T.V., and NBC.

Dr. Mark Millar joins Amerika Now during the final hour to discuss veterans’ suicide and a new breakthrough that may prevent this epidemic.  Dr. Millar is the author of Veteran Suicide Breakthrough.

The United States Court of Appeals for the Ninth Circuit has determined that “… government incompetence is leading to thousands of suicides.” New York Times May 18, 2011 (Read the New York Times Editorial).

As documented by Harvard Medical School research teams and the American Psychiatric Association, there is presently a nutritional solution for the veteran suicide epidemic that reduces all acts of suicide by 80-90% in major depressive, bipolar and schizoaffective patients.  And this naturally occurring trace mineral is found in groundwater!

Shockingly, only 1 in 200 veterans in VA care are receiving this nutrient for the treatment of Major Depressive Disorder (MDD) ,the largest segment of the veteran suicide epidemic.  Why is this shocking?  Because approximately 80% of all suicides occur in the depressive state and yet the Veterans Administration is NOT giving this critically essential mineral to our veterans!

Dr. Millar will discuss the research documenting the ability of this mineral to prevent suicide and heal the nervous system for the relief of PTSD, depressive and sleep disorder symptoms, and other disorders.

You also will learn about the 60+ stress-related conditions that this mineral may powerfully assist in the management of symptoms.  Here is a short-list of some of these 60+ conditions:

Dr. Millar believes it’s only a matter of time before we end the veterans’ suicide epidemic!