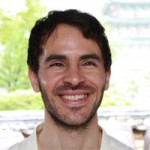 Joining Amerika Now for the first hour is Roar Sheppard, who will be discussing his latest book, The Universe Speaks. In The Universe Speaks, Sheppard tells of his predictions of imminent transformative and, to some extent, catastrophic events about to impact the Earth. A major cause of the changes is the Earth’s passage through the Photon Belt. He asserts that for the first time in 13,000 years, beginning in 2012, our planet, which revolves around the Pleiades, will enter this higher energy zone resulting in humanity developing higher consciousness and new ways to care for each other and the planet. Sheppard says by 2025 this extraordinary change will be complete.

Sheppard’s primary resource is from the Pleiades, the nearest star cluster to Earth and the one most obvious to the naked eye in the night sky.  The Pleiades has for centuries held significant meaning to various cultures and traditions, from the Maori to the Persians, the Chinese, the Maya, the Sioux and the Cherokee, to name a few.  Sheppard says that for thousands of years UFO passengers have come to Earth, most recently to warn humanity about these imminent transformative changes.  The result will be a “new humanity.”  Roar will discuss guidelines as to what a community-centered life and an “eco-community” will comprise once these changes have transpired.

Roar Sheppard graduated from the University of Maine, Orono, with a B.A. in History.  After finishing his M.A. in International Relations from Yonsei University in Seoul, South Korea, he studied Korean traditional culture and language.  Interested in the secret of the Universe, he searched for it through meditation.  It was through the deep silence of his training that he began to communicate with various beings through wavelengths.

Joining Amerika Now during hours 2 and 3 is author, veteran, and history buff,  Stephen M. Grimble, discussing his latest book, For Love and Liberty. For Love and Liberty is Stephen’s second book and first fiction piece in which he asks the question, “What can we learn from our founding fathers to solve the crisis we’re in today?”

Inspired by the United States’ current political and fiscal troubles, Grimble penned the novel with the belief in mind that the U.S. is long overdue for a renewed examination and application of the original constitutional principles.  “It’s a distinct probability that we will not pass on the blessings of liberty to future generations if America is not restored to fiscal solvency and limited government,” says Grimble.

Posing the questions “What will be the epitaph for the current American generation?” and “Will it be the first in the country’s history to fail to answer the call to honor liberty?”, Grimble offers a possible solution to restoring limited constitutional government, individual liberty, and fiscal solvency, and what might happen if that solution is rejected.  Grimble hopes to inspire other concerned citizens to join him in his call for new action.

Stephen M. Grimble is a military veteran and history buff  who combines his personal experience with his personal interests in his written works.  Born in Dallas, Texas, Grimble and his family relocated to the Northeast, where he graduated from the University of Delaware with a B.S. degree in Accounting.  He then served his country in the U.S. Air Force for four years, spending a year in Vietnam as a captain and earning several military decorations.  Following his military experience, Grimble worked as an international executive for the DuPont Company in Wilmington, Delaware, rising through the ranks over an impressive career spanning 28 years.  In between his careers in industry and academia, Grimble focused on writing.  His first book, Setting the Record Straight:  Baseball’s Greatest Batters, was a nonfiction analysis of the 50 greatest batters in baseball history, and was covered by notable outlets PBS, USA Today, and Sunday News Journal. Now retired, Grimble is a member of SouthWest Writers.  He currently resides in Albuquerque, New Mexico, where he continues to call fellow patriots to the founding ideals of the United States Constitution.