Robert Schwartz, author of Your Soul’s Plan:  Discovering the Real Meaning of the Life You Planned Before You Were Born joins Amerika Now during the first hour of the show.

“On February 25, 1969, Christina, a twenty-year-old administrative assistant in the Department of  Political Science at Pomona College in Claremont, California, went to the department’s basement mailbox to pick up her employer’s mail.   As she touched a package in the mailbox a bomb detonated, hurling her across the room. Dust and soot filled the air; six-foot splinters of wood shot like arrows into the cement wall behind her.  Flames from the explosion scorched Christina’s face, leaving her temporarily blind.  The blast severed two fingers from her right hand and ruptured both eardrums.

Christina planned this experience before she was born.  And she knows why.”

Many times, when something “bad” happens, it may appear to be meaningless suffering.  But what if your most difficult experiences are actually rich with hidden purpose–purpose you yourself planned before you were born?  Could it be that you chose your life’s circumstances, relationships, and events?  And what can you learn from your experiences and challenges in life?  How does the soul create a life blueprint?

Robert Schwartz says that “It takes a great deal of courage to live the plans you made before you were born.  My desire, my most fervent wish, is that you recognize the tremendous courage you show in every moment of every day when, with each breath, you reaffirm your decision to embrace and learn from your own challenges.  Within that recognition, you will find your soul.”

In a personal session with a medium in 2003, Robert was astonished to speak with non-physical beings who knew everything about him–not just what he had done in life, but also what he had thought and felt.  They told him that he had planned many of his most difficult experiences before he was born.  Realizing that a knowledge of  pre-birth planning would bring great healing to people and allow them to understand the deeper purpose of their life challenges, Robert devoted the next three years to studying the pre-birth plans of dozens of individuals.  The extraordinary insights that emerged speak to our heartfelt, universal yearning to know…why.

For more information about Robert Schwartz and his work, please visit his website at http://www.yoursoulsplan.com. 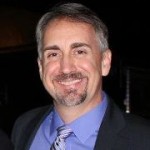 Joining Amerika Now during the second and third hours of the show are international best-selling author and “the world’s most documented abductee,” Stan Romanek,  discussing his latest book, Answers, and his wife, author Lisa Romanek, who will discuss her latest book, From My Side of the Bed.

International best-selling author Stan Romanek‘s story began with his book, Messages: The World’s Most Documented Extraterrestrial Contact Story and now continues with two new books, The Orion Regressions and Answers. There have been more than 150 individually unique experiences that Stan has encountered since December of 2000, with the most fascinating showing up in the last year.  The abductions have been carefully documented to the point where Romanek has become an international celebrity in the UFO genre.  He now has crossed over into the genre of futurist with the appearances of the hybrid children.  What he has to say will astound as well as enlighten and encourage.

There have been hundreds of witnesses for dozens of events that defy our current understanding of reality.  With the coming forth of government whistle blowers involved in top-secret Black Ops operations, Romanek no longer stands alone in trying to tell the people of the Earth that we are at a critical moment in Earth’s history.  In Answers, Stan documents why he has been asked to reveal answers that have long plagued humanity about other worlds getting involved with our own.  Stan is ready to speak for Earth’s involvement in the Star Nations and about a great future that awaits us, if we choose to listen.

Unraveling what is likely the world’s biggest unfolding mystery in the history of man is certain to revise our understanding of humankind and the complexity of our universe. Whistle blowers talk about military and government technology allowing us currently to teleport to other planets and heavenly objects through the manipulation of time and space. Romanek has seen this firsthand in his own house, and with witnesses, backed up by video, photographs, and documentation.  The sheer volume of bizarre information, including highly sophisticated scientific equations pertaining to space travel and more is creating quite a stir in the scientific community.  Scientists from top universities have been investigating and analyzing various aspects of Romanek’s case for several years with baffling results.

Lisa Romanek, author of From My Side of the Bed:  Pulling Back the Covers on Extraterrestrial Contact, found herself cast into the public limelight in front of millions of viewers during the ABC Primetime interview featuring her and her husband, well-known extraterrestrial abductee/contactee,  Stan Romanek. From that point forward, Lisa realized she had a voice and a message to go with it.  The result is her book, From My Side of the Bed.

Lisa realized that there are two sides to every story, two sides of every bed. She has learned the importance of taking that which is personal and at times embarrassing, and has turned it  into that which serves the public— those who have walked in the same slippers that she has as spouses of abduction.

Lisa takes you on her heart-wrenching and at times hilarious journey as the wife of Stan Romanek.  Her courage and integrity mix well with her Nebraska born-charm, as do her decades of work with the elderly.   All of these combine to reflect the tenderness, compassion, and warmth she embodies and carries as a spokeswoman for those who feel that they are alone in a world of extraterrestrial chaos beyond their control.   As the wife of an abductee and mother of three children, Lisa has a simple message to share:  “Live without fear, and love without limit.”

Lisa works side-by-side with her husband, Stan, as he becomes a national spokesman for abductees worldwide.   Both Lisa and Stan have realized that a bigger picture looms on the horizon:   A picture that must be painted with integrity and believability because it affects all of humanity.  Most people would run from this responsibility, but Lisa knows that what has “crashed upon her” must be turned into a legacy that will benefit her children, who have suffered quietly the most through the glare of criticism and judgment of the public.  How do simple, unpretentious folk handle their lives being turned topsy-turvy as they step into information known to the very few?  With grace.   It’s as simple as that.  And Lisa’s writing carries that grace as she thoughtfully unfolds a story that helps others in her situation while sending out the call that we are about to enter a whole new world never dreamed possible.

For more information about Stan and Lisa Romanek, please visit their websites at www.stanromanek.com and  www.lisaromanek.com.