Joining Amerika Now during the first hour of the show is Emmy-nominated filmmaker Craig Campobasso, who will be discussing his new film, Stranger at the Pentagon.

Stranger at the Pentagon is inspired by true events from the book of the same name authored by Dr. Frank E. Stranges and published in 1967.  The book remains a UFO classic to date.

“The landing of Valiant Thor was perhaps the first documented landing of a human-type alien by military officials.  Thor met with President Eisenhower and Vice President Richard Nixon for an hour, and was then put on VIP status and shuttled back to the Pentagon.”  –Harley Byrd, Project Blue Book, United States Air Force

Dr. Stranges met Commander Valiant Thor, a Created Being and Spiritual Representative of the Universe, on Christmas Eve in 1959.

Craig will discuss the story from the time when Thor lands on Earth in his technological wonder “Victor One” on Saturday, March 16, 1957, at 8:00 AM.  President Eisenhower, Vice President Richard Nixon, the Joint Chiefs of Staff–all rush to the Oval Office to meet with the extraterrestrial.  When Thor explains his presence, the men ponder his endless technological possibilities. They contemplate their future strategy either using friendship or force to gain control. Thor’s three-year invitation to reside at the Pentagon under VIP status begins.

A designated Vice General in the Joint Chiefs of Staff has plans to climb the military ladder. Thor is his goal. To attain what Thor knows will ensure the United States military supremacy over the world and status with his superiors. When all else fails, he takes Thor to the Empyrean, the leader of 13 men who make-up the SSS: the Secret Shadow Society–the men who really run the world from behind the corporate curtain. The Empyrean has liaisons across the universe with malevolent beings who have groomed him on how to handle Thor.

TUNE IN to find out what becomes of Valiant Thor.  In addition, Craig will answer this and other questions such as where Thor came from, why did he come to Earth, what powers did he have, what technologies were on board his ship and how do they function, is there life on other planets, is there religion on other worlds, is there a hierarchy in the Universe, and is there a universal sovereign?

Emmy-nominated filmmaker Craig Campobasso first met Dr. Frank Stranges in 2002, and they immediately bonded like father and son. Craig worked with Dr. Frank’s guidance for many years as he wrote the feature-length screenplay to the book. Craig has also produced and directed the short film.

In 1980, California native Craig Campobasso found himself working behind the scenes for four years on Frank Herbert’s Dune. The father and daughter producing team, Dino and  Raffaella De Laurentiis, and director David Lynch, were Craig’s mentors into the business of filmmaking. Raffaella later hired him on the popular Christmas movie Prancer, starring Sam Elliott, as a casting director after he apprenticed as a casting associate on Steven Spielberg’s Amazing Stories.  Craig has been casting for more than two decades and was nominated for an Emmy for casting David E. Kelly’s Picket Fences. Some of his other casting projects include Tremors 3 for Universal & Sky Captain and the World of Tomorrow starring Jude Law, Gwyneth Paltrow & Angelina Jolie for Paramount (additional casting), as well as working behind the scenes on Arnold Schwarzenegger’s Total Recall & Conan The Destroyer. He is also an acting coach in the Los Angeles area.

Craig’s other passion is to write and direct stories that provoke the reader to think, to raise their consciousness, to expand their minds about Creation, while still entertaining in the Hollywood tradition.  His first book The Autobiography of an ExtraTerrestrial Saga: I Am Thyron, with Foreword by Sylvia Browne, was released on 11-11-11. (Distributed by New Leaf.) Read more about it at www.AutobiographyOfAnET.com

Craig just finished directing the short film in January of 2013 with a 1950s Technicolor look on Earth and a far-futuristic look on board the Victor Class Saucers, Starship and on other planets where the people live on the interior of their worlds.  The short film, based on Craig’s feature-length screenplay, will accompany the business plan to investors.

Dr. Mark Thornton, an American economist and Senior Fellow at the Ludwig von Mises Institute, joins the show during the second hour to discuss bitcoins.

With all the complexities of the dollar or even the euro, why would anyone want to further complicate matters with a new currency, the bitcoin?

Bitcoins are a digital currency created by a mathematical algorithm.  There are roughly 11 million worldwide, and a growing number of businesses are accepting bitcoins, which can be exchanged with apps via smartphones.

Dr. Mark Thornton is Senior Fellow at the Ludwig von Mises Institute. He serves as the Book Review Editor of the Quarterly Journal of Austrian Economics. He served as the editor of the Austrian Economics Newsletter and as a member of the Editorial Board of the Journal of Libertarian Studies. He has served as a member of the graduate faculties of Auburn University and Columbus State University. He has also taught economics at Auburn University at Montgomery and Trinity University in Texas. Mark served as Assistant Superintendent of Banking and economic adviser to Governor Fob James of Alabama (1997-1999) and he was awarded the University Research Award at Columbus State University in 2002. His publications include The Economics of Prohibition (1991), Tariffs, Blockades, and Inflation: The Economics of the Civil War (2004),  The Quotable Mises (2005), The Bastiat Collection (2007), and An Essay on Economic Theory (2010). He is a graduate of St. Bonaventure University and received his Ph.D. in Economics from Auburn University. 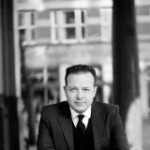 Joining Amerika Now during the final hour is internationally renowned filmmaker and motivational speaker Douglas Vermeeren, who will be talking about gratitude and success.

On Monday, May 20, Moore, Oklahoma, was devastated by a deadly EF-5 tornado.  This was the second time Moore was hit by an EF-5 tornado.  But amid the devastation, many of the survivors’ stories are ones of gratitude–gratitude for being alive, for their families, for their loved ones.  One story in particular stood out, however.  Barbara Garcia lost her home and everything in it.  As Barbara sifted through what was once her home, she discovered her dog buried in the rubble…alive!  As news crews filmed, Barbara kept expressing her gratitude over and over that not only was she saved, but that her beloved dog was spared as well.

Gratitude can help us overcome any problem or situation.  It gives us perspective on what’s really important, what we truly value, and what we have right here, right now.  And it is this gratitude that has and will make Moore, Oklahoma, once again such a resilient community.

Acclaimed filmmaker Doug Vermeeren knows the power of appreciation and gratitude well, and he joins me to talk about what we can all learn from the Oklahoma survivors’ expressions of gratitude.

“Whatever one’s philosophical and religious views on life, when you strip it down to simple appreciation – whether it’s for your survival, or being surrounded by loved ones, or for a meal — gratitude helps us emphasize in our consciousness what’s good in life and that can only reflect back in positive ways,” says Vermeeren, creator of the new film, “The Gratitude Experiment,” (www.thegratitudeexperiment.com), which demonstrates through individual stories the ways gratitude has impacted people’s lives.

“Our success and our resilience is very much facilitated by our ability to appreciate our life and those who are in it, both on a personal and professional level,” Vermeeren says.

No matter what situation we are in or what worries we face, we can always be grateful that we are alive on this beautiful planet; there is a world of possibilities open to whatever attitude we bring to it, he says.

Doug is an internationally renowned movie producer, director, and author.  His award-winning film, The Opus, received critical acclaim and has been translated into more than 23 languages.  In addition, Random House published the book version in more than 23 countries.  His new film, The Gratitude Experiment, is currently premiering in many of the world’s largest cities.  The documentary focuses on how awareness and acts of gratitude can positively transform any situation and improve one’s life experiences, both professionally and personally.

Douglas is considered by many to be the modern day Napoleon Hill because of his extensive research into the lives of more than 400 of the world’s top achievers. His research has been the basis for several books, films and TV shows. His books, articles and films have been translated into more than 22 languages around the world.

Vermeeren was also the first North American to be invited to address the Chinese political leaders on Human performance and motivation in communist China.

Currently Vermeeren is the host of the TV series Powerful Thinking Powerful Results, which shares insights on how results are created in the areas of achievement, management, leadership, business, finance, relationships and health.