As President-elect Trump continues to nominate potential cabinet members, several things immediately stand out:  (1) Trump’s picks are “in his own image,” with many being billionaires like Trump himself; (2) many of the nominees are out-of-touch or in opposition with the agencies they’ve been selected to lead; and (3) Trump’s picks for the four most influential appointments are all white males, a “first since 1989” according to Gregory Krieg of CNN.

According to Quartz (http://qz.com/862412/trumps-16-cabinet-level-picks-have-more-money-than-a-third-of-american-households-combined), Trump’s 17 picks thus far have more money than one-third of all American households combined, with over $9.5 billion in combined wealth. This type of wealth in a U.S. presidential cabinet is unprecedented.

Like a “sick joke,” many of Trump’s nominees are in direct opposition to the agencies they’ve been chosen to lead. Rick Perry has been given the nod to lead the Department of Energy, an agency he totally forgot about during a 2011 presidential debate when he was asked what three agencies he’d do away with. Oklahoma’s AG Scott Pruitt has been tapped to head the EPA, an agency he has repeatedly sued and stands against as a climate-change skeptic and fossil fuels advocate. And then there’s Secretary of State nominee Rex Tillerson, whose close ties to Russia and his bromance with Putin should have everyone on both sides of the aisle concerned.

JOIN Barb and John as they discuss Trump’s Cabinet Picks.

Joining the show during the second hour is political speechwriter, speaker, and pundit Roger Wolfson. Roger will be discussing the growing movement of executives, attorneys, and American citizens from both parties who are weighing in on the Electoral College decision.

According to Wolfson, “A lot of wishful thinking is happening in America right now. Maybe Trump the President will be different than Trump the Candidate.” But we already know this to be untrue. Perhaps, though, as Wolfson points out, “…the most damaging wishful thought of all is ‘Maybe I don’t have to do anything–maybe the electors will choose to appoint someone else, on their own.'”

“The Electors should. But they won’t,” says Wolfson. “Not without political pressure the likes of which America has rarely seen before. Which means we all need to be motivated. Well–how about the safety of our own lives, and the lives of everyone we know? Because let’s not fool ourselves. Anyone with a rudimentary appreciation of the powers of the President of the United States knows that the stakes are life and death. Pretending otherwise is wishful thinking.”

Wolfson will discuss a simple tool available to everyone:  http://asktheelectors.org, which can be used to reach out to electors directly to voice your concerns and offer your support and thanks for their conscientious votes. You can also sign a petition at Change.org and share it on social media. Join in public protests and take every opportunity to speak honestly and earnestly with everyone you know, urging them to stand in unity and fight for our shared future as well.

If you’re a Democrat, remind your Republican friends that if Trump had run as a Democrat, something he could have chosen to do, you’d be making the same argument. This isn’t about party; it’s about survival!

Roger Wolfson currently serves as a writer/consulting producer for USA Network’s Fairly Legal. He has also written for NBC’s Law and Order: SVU, TNT’s Saving Grace and The Closer, where one of his episodes helped earn Kyra Sedgwick an Emmy nomination. In addition he has sold two pilots to Sony Studios with his producer, Neal Moritz, and a pilot to CBS with Apostle Films.

Roger Wolson has given political and policy speeches, legal and mediation-related speeches, entertainment-related speeches, spiritual and religious speeches, and motivational speeches.   He has served as a surrogate speaker for the Kerry/Edwards Presidential campaign and several other campaigns, and has appeared live on MSNBC, CNN, Air America, and dozens of local affiliates speaking on numerous subjects.

Wolfson has also served on Senator Joe Lieberman’s staff, as Legislative Assistant and Speechwriter for Senator John Kerry, and as Chief Education COunsel for Senator Paul Wellstone, who elevated Wolfson to a post on Senator Ted Kennedy’s Labor Committee. By the time Wolfson left the Senate, he was one of the few staffers ever to work for the most prominent Liberal, Moderate, and Conservative members of the Democratic Party. 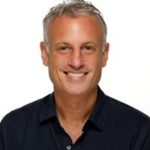 Board-certified-MRI fellowship trained diagnostic radiologist Dr. Jeffrey R. Fidel, MD, joins the show during the third hour to discuss his book, I: One MD’s Inward Journey to Liberate Himself From Mental Suffering-And the Help It Offers for Those Diagnosed Bipolar, Mentally Ill or Depressed.

The diagnosis of Bipolar 1 Disorder– by medical decree and societal perception— is a lifelong sentence: unless you take and stay on prescription medicine, you cannot function as a “normal, sane member of society.”

But Jeffrey R Fidel, an MD himself, is proof that is not true; and he got there by turning off the voices in his head and listening to the one voice that counts—the one in his heart.

In his beautiful, masterful and minimalist book: I: One MD’s Inward Journey to Liberate Himself from Mental Suffering–And

the Help It Offers for Those Diagnosed Bipolar, Mentally Ill or Depressed, Jeffrey Fidel provides insight into his story and how he used the ancient teachings of Lao Tzu’s Tao Te Ching to connect to a voice originating from his heart, the “voice within,” that teaches our true identity is “beyond thought” and that we and the Universe are I(One).

Jeff will talk about how he spent most of his life identifying with the I that was the I in his mind—the one that said he must achieve to exist…the one that drove him to become a doctor in order to meet other people’s expectations despite a part of him that resisted; the one that said he would be happy if he lived the “American dream” of exalted professional, family man and financial success. This was the “I” of his ego.

Yet, he was miserable and the critical voices in his head kept getting louder, driving him to seek a psychiatrist. And when they reached a crescendo, Jeffrey was diagnosed with Bipolar 1 Disorder and placed on antipsychotic drugs.

Feeling numbed by his “chemical lobotomy” he continued to “fit into” society as an individual and practicing physician. Yet, nothing in his life was right—his marriage was falling apart, he still had an inner struggle that he didn’t want to practice medicine, and even his beloved dog died.

Through many ups and downs and searching, he came to the Tao Te Ching. It spoke to him and awakened his awareness that there was another voice, a quiet one that spoke truth to him, a voice that connected him to all that is. Then, he knew that he was not his mind, he was his energetic essence, something unknowable and unlimited. When, through a year of deep solitude, he became convinced following this voice was the real path to a life of mental and emotional freedom, he tapered off his meds, quit his medical practice and focused on living the life directed by that inner voice.

Today, Jeffrey lives a contented, complete, humble and drug-free life in Florida—living in the present moment—and spreading the word for others who have been diagnosed as depressed, mentally ill or Bipolar that he has found another way to end mental suffering. As he tells his story, he is an inspiration to others that listening to the “one voice that counts” may provide a different path to peace and a new way to live.