Join Barb and John as they discuss some of the top stories from the past week, offering their own insights and opinions.

Hour 2 – Robert Gleason (Rebroadcast), The Evil That Men Do 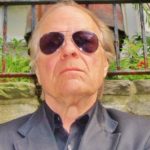 Joining the show during the second hour is bestselling author and nationally-recognized nuclear terrorism expert, Robert Gleason. Robert will be discussing his latest novel, The Evil That Men Do.

According to Gleason, “…the world’s ultra-rich hide one-third of the planet’s annual GDP in offshore black-money accounts and pay no taxes on it. One hundred plutocrats spend more money financing America’s dominant political party than all other contributors put together.” And in Russia, “Putin is arguably the biggest thief in world history. His critics maintain he and his oligarchs have stolen 100% of Russia’s GDP. Worth over $200 billion, Putin is easily the wealthiest man on Earth with two and one half times as much money as the planet’s second biggest billionaire, Jeff Bezos.”

Joining the show during the third hour is Senior Scholar in Public Work Philosophy at the Sabo Center for Democracy and Citizenship at Augsburg College, Dr. Harry C. Boyte.  Dr. Boyte will be discussing his book, Democracy’s Education:  Public Work, Citizenship, and the Future of Colleges and Universities.

Americans feel powerless in the face of problems on every front. Such feelings are acute in higher education, where educators are experiencing an avalanche of changes such as cost cutting, new technologies, and demands that higher education be narrowly geared to the needs of today’s workplace.  College graduates face mounting debt and uncertain job prospects, and worry about a coarsening of the mass culture and the erosion of authentic human relationships.  Higher education is increasingly seen, and often portrays itself, as a ticket to individual success–a private good, not a public one.

Harry Boyte will delve into the idea that Americans feel powerless to address the mounting problems that face this country, while advising educators to claim and use their sometimes unappreciated power in the face of these problems.  He challenges them to lead a

movement in the rethinking of education, the meaning of citizenship, the state of the working world in today’s society, and the challenge of addressing public issues. Boyte believes education is “the anchoring institution of citizenship,” which shapes public identities and career paths of students and influences the methods and structures of many professions.  Boyte coordinated an association, called the American Commonwealth Partnership, of several hundred colleges and universities, to strengthn higher education as a public good.

Dr. Harry C. Boyte is Senior Scholar in Public Work Philosophy at the Sabo Center for Democracy and Citizenship at Augsburg College, a Senior Fellow at the University of Minnesota’s Humphrey School of Public Affairs, and Visiting Professor at Nelson Mandela Metropolitan University in South Africa.  He is the author of eight previous books, and his work has appeared in more than 150 publications including Huffington Post, New York Times, Chronicle of Higher Education, Political Theory, and Change. His commentary has appeared on CBS This Morning, CBS Evening News, and National Public Radio.