Joining Amerika Now during the first hour of the show is renowned Egyptologist, engineer, and bestselling author Robert Bauval who will be discussing the secrets of ancient Egypt as well as his book, Breaking the Mirror of Heaven:  The Conspiracy to Suppress the Voice of Ancient Egypt.

Political unrest and violence have once again erupted in Egypt, this time resulting in a state of emergency that is scheduled to last for a month.  Curfews are in place in Cairo and several other provinces.  U.S. Secretary of State John Kerry said current events are “deplorable,” and that violence is not a solution in Egypt.  But consider Egypt’s history.

Egypt has long been regarded as the birthplace of civilization, science, religion and magic.  Despite this preeminence in the collective mind, Egypt has suffered considerable destruction and violence throughout the ages.  Even before the burning of the Great Library at Alexandria, the land of the pharaohs was pillaged by its own people.  That destruction continued with the arrival of both Arabic and European rulers who sought to suppress ancient knowledge and rid Egypt of its pagan past.  Unfortunately, the degradation of great monuments, theft of relics, and censorship of ancient teachings continues today.

Robert joins me this evening to talk about recent cover-ups as well as the secrets of ancient Egypt.

Robert Bauval is the bestselling author of The Orion Mystery.  He was born in

Alexandria, Egypt, in 1948.   His father was Belgian and his mother Maltese-Italian.  In 1967 he settled in England where he continued his studies, and in 1973 he graduated from The University of the Southbank in London with a Higher National Diploma in Building Management and Technology.  Robert then worked as a construction engineer in Oman, Sudan, Iran, Guinea, Saudia Arabia, France, Australia and England.  He published his first book on ancient Egypt, The Orion Mystery, in 1994 and it became a No.1 Sunday Times bestseller and has since been translated in more than 25 languages.   Since that time, Robert has published an additional seven books, including The Message of the Sphinx and The Egypt Code, Black Genesis, co-authored with Thomas Brophy, a Ph.D. physicist from San Diego.   Robert’s 2011 book, The Master Game, was co-authored with Graham Hancock and Breaking the Mirror of Heaven: The Conspiracy to Suppress the Voice of Ancient Egypt was published in 2012.  His book Imhotep the African: Architect of the Cosmos is due out on September 1, 2013, and The Vatican Mystery:  The Quest for the Hermetic City of the Sun is due to be published in 2014.

Robert’s discoveries and theories have been the subject of dozens of TV documentaries on many networks, including BBC, ZDF, France A3, ABC, NBC, Fox-TV, History Channel, Discovery Channel and RAI-Italia.  Bauval speaks four languages (English, French, Italian and Arabic) and is presently learning Spanish. He has two children who live in England, and he and his wife Michele live in Southern Spain.

NO PHONE CALLS PLEASE AS THIS HOUR IS PRERECORDED.

Asset protection lawyer and author Hillel Presser, Esq., joins Amerika now during the second hour to help you plan ahead for your digital afterlife.  He’s the author of Financial Self- Defense (please see below for how to receive a FREE copy of the book).

Now you really can live forever, but that’s not necessarily a good thing.  “Many of your online accounts, from automatic bill payments to eBay, may remain active after you pass away…unless you take steps to ensure they don’t,” says attorney Hillel Presser, author of Financial Self-Defense (Revised Edition) www.assetprotectionattorneys.com.

Automatic bill pay, for example, can theoretically keep tapping your bank account long after you’re gone or, at least, until your money runs out.

“It’s important to make sure your online bank and shopping accounts, even your social media, can be closed out, or that your loved ones are authorized to access them,” says Presser.  “You may ask, ‘Why would I care if I’m gone?’  But I can tell

you from experience, because it can create real headaches, and even more heartache, for your family.”

Bank and shopping accounts will be vulnerable to identity theft, which would affect your estate if  someone opens credit cards in your name.  You might have valuable intellectual property, like domain names.  Family members may need access to your health records, particularly if you died under questionable circumstances.

“The problem is, even if you provide a family member with all of your accounts, log-ins and passwords, they may not be legally allowed to access them,” Presser says.  “In many cases, they may be violating the accounts’ terms of service or violating federal privacy and computer fraud laws. Some states have laws governing online materials, but they’re different and which of your accounts are covered depends on where the provider is located.”

Tonight you’ll learn what some of the digital records are that you should be planning an afterlife for as well as what are some of the first things you should do  to deal with online accounts in the event you should die.  Also, Hillel will discuss whether you should include log-ins and passwords in your will.

Hillel L. Presser, Esq., MBA, is the Founder of The Presser Law Firm, P.A., which represents individuals and businesses in establishing comprehensive asset protection plans.  Hillel is a graduate of Syracuse University’s School of Management and Nova Southeastern University’s Law School, and serves on Nova’s President’s Advisory Council.  He is a former adjunct faculty member for law at Lynn University.

NOTE:  Complimentary copies of Financial Self-Defense are available through www.assetprotectionattorneys.com. 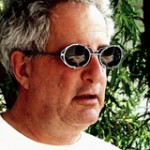 Joining the show during the final hour is Michel Shane, the Executive Producer of Catch Me If You Can and I, Robot. Michael will be discussing whether a documentary film can save lives.

In April 2010, movie producer Michel Shane kissed his daughter, Emily, goodbye and sent her off to a slumber party.  The next afternoon, as she walked alongside the Pacific Coast Highway in Malibu, California, to meet him at their designated pickup spot for her ride home, a speeding motorist swerved off the road and struck her, killing her.   Emily became yet another victim of a road nicknamed “Blood Alley.”

Shane, Executive Producer of Catch Me if You Can and I, Robot,  hopes to end the senseless loss of life – in his community and others across the country – by doing what he knows best:  telling the story on film.  Shane now hopes to make a film in memory of his 13-year-old daughter, Emily.

“Documentaries have created movements, and in creating the documentary, we will identify workable solutions.  I’m hoping Emily’s story and the stories of other who have died on Pacific Coast Highway will establish the template for every community cursed with a deadly stretch of highway,” says Shane.

He has launched a Kickstarter campaign, http://www.kickstarter.com/projects/1253740183/pch-probably-cause-harm,  which runs through August 20, to raise the money to make the film.   PLEASE SUPPORT THIS CAUSE!

“I’ve tried the traditional routes to address the safety issues on the highway, and nothing has happened.  Until a person experiences the excruciating pain of losing someone they love more than life, most think as I did – ‘It won’t happen to us,’ ’’ Shane says. “By sharing the story of this highway and the lives it has taken through the most powerful medium I know, we can begin to address every ‘Blood Alley’ in the country.”

Michel Shane is a filmmaker, producer and co-founder of Hand

Picked Films.  He’s best known as the executive producer (along with his business partner, Anthony Romano) of Catch Me If You Can with Leonardo DiCaprio and Tom Hanks and I, Robot starring Will Smith.  On April 3, 2010, Shane’s 13-year-old daughter, Emily Rose, was killed by an erratic, speeding motorist on the Pacific Coast Highway, a road that has become notorious for motorist and pedestrian fatalities. Lined by homes on one side and ocean on the other, it serves a community of 13,000 but draws hundreds of thousands of motorists on holiday weekends. Recognizing that many communities have a deadly highway, Shane hopes to provide a “template for change” using his documentary as a catalyst.

For more information, please visit the Kickstarter site at http://www.kickstarter.com/projects/1253740183/pch-probably-cause-harm.