On Tuesday, President Trump addressed Congress for the first time, shifting the tone from his usual abrasive nature to a softer, more statesman-like approach. Perhaps hoping to stabilize and legitimize his administration after a rough start, Trump’s speech was more “conventional” and “uplifting.”

Although the speech appeared to be more unifying, the underlying tone remained populist and nationalistic. Trump once again recommitted himself to a strong “America First” foreign policy. In addition, he offered little substance on his policies on issues ranging from immigration to trade.

Trump asked “…all citizens to embrace this renewal of the American spirit” and asked “…all members of Congress to join…in dreaming big and bold and daring things for our country.” While his words sounded good, actions speak louder than words and, thus far, Trump and his administration have yet to show they support the real American Dream.

JOIN Barb and John as they discuss Dream Big.

Joining the show during the second hour is author and psychologist, Dr. Anita Mishook, Ph.D.  Dr. Mishook will be discussing her debut novel Helen in addition to the related topic, Should America Tighten Its Borders to Immigrants?

Anita K. Mishook, Ph.D., is a first-generation American. She holds a Ph.D. in Psychology from Stanford University and headed the Child Adolescent Mental Health Program in San Bernardino, California, before going into private practice and teaching as an adjunct professor at several universities and colleges.

Dr. Mishook will discuss the immigrant experience and what it

teaches us historically and personally; the dangers of closing our borders to immigrants; why economic struggles drive political fear (a repeating theme from the 1930s showing up again today); the value of protests and their historical significance; and the current rise in neo-Nazism and why we should be alarmed.

Anita Mishook received her Ph.D. in Psychology from Stanford University. She continued as a psychologist, licensed in Illinois and then in California, for four decades, practicing under her professional name. During this period, she headed the Child Adolescent Mental Health Program in San Bernardino, until going into private practice. Her debut novel Helen tells the story of 1930s California, where neo-Nazism took hold and led the Anti-Defamation League to spy on extremist individuals and organizations. Anita Mishook’s novel weaves this historical account into her own family’s history. 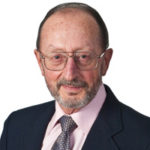 Award-winning New York Times bestselling author and mind power expert Dr. Eldon Taylor joins the show during the third hour to discuss his book, Choices and Illusions:  How Did I Get Where I Am, and How Do I Get Where I Want to Be?

Have you ever wondered by you often repeat past mistakes or why things just don’t seem to work out for you? Whatever goal you’re trying to achieve, from weight loss to financial success to creating the life you’ve always desired, the most important key is learning how not to sabotage your own best efforts.

Whether you’re interested in the science of thinking and beliefs, how

your own mind operates, how others control your thoughts, why things don’t work out for you, how you can create the life you’ve always wanted, how you can realize your true potential, how you can find peace, or, on a grander scale, how you can help make the world a better place, Choices and Illusions provides insights for all.

Dr. Taylor’s approach is pragmatic, and his conclusions are inspirational and soul enhancing. Listen in and learn how not to sabotage your life while “…starting the engine on that path toward highest self-actualization” (Dr. Eldon Taylor).

Eldon Taylor is an award-winning New York Times bestselling author of more than 300 books and audio and visual programs and is the host of the popular raido show, Provocative Enlightenment. In addition, he’s the inventor of the patented InnerTalk technology and the Founder and President of Progressive Awareness Research, Inc. He’s been featured as an expert in films, print, television, and radio. He has also been called a “master of the mind” and has appeared as an expert witness on both hypnosis and subliminal communication. His books and audio-video materials have been translated into more than a dozen languages and have sold millions worldwide.