Joining the show during the second hour is author and former organized-crime prosecutor, Alan Bell. Alan will be discussing his newly-released book, Poisoned: How a Crime-Busting Prosecutor Turned his Medical Mystery into a Crusade for Environmental Victims.

Alan Bell was a star prosecutor for mob trials in Florida in the 1980s, the real Miami Vice. When he began getting severely ill many believed he was being poisoned by the mob. After hiring a private investigator, it turned out that it was exposure to hidden toxic chemicals in his office building that was poisoning him and others. The toxic chemicals made him so sick that he was forced to spend nearly a decade living in a sterile “bubble” in the remote Arizona desert.

As his life improved, Alan teamed up with other lawyers (including

those with Erin Brockovich and A Civil Action), Bell discovered his plight was just the tip of the iceberg. Our environment’s impact upon human health has truly become the Silent Epidemic of the 21st century. Millions of people become ill and die each year due to toxic chemical exposures–without ever knowing they’re at risk. In fact, more people die from toxic exposure than all those affected by AIDS, war, auto accidents, and crime combined.

Bell will discuss symptoms that indicate you may be suffering from toxic chemical exposure; what to do if you think toxins are in your home, workplace, or school; why mainstream medicine has trouble diagnosing environmental illness; the top 10 chemicals you must avoid; and the most important lifestyle tips to keep you and your family safe.

Alan Bell is an attorney who prosecuted drug and homicide cases for the state of Florida before developing multiple-chemical sensitivity. He is the founder of the Environmental Health Foundation, which advocates for victims of environmental injury. Alan lives in Capistrano Beach, California. 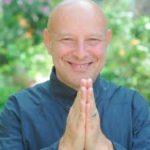 Renowned meditation authority, author, singer and filmmaker Michel Pascal joins the show during the third hour to discuss his latest book, Meditation for Daily Stress:  10 Practices for Immediate Well Being.

Stress…we all experience it, so is there a way we can de-stress quickly in the moment to achieve immediate well being? The answer is “yes,” according to Michel Pascal, an inspiring meditation teacher whose programs are in Fortune 500 companies, in prisons, and in his recent multimedia meditation performance at Carnegie Hall.

Drawing on his experience living at the Kopan Monastery in Nepal, Michel shares his simple method of meditating in the moment to calm the mind and break the cycle of stress addiction.

Meditation for Daily Stress is more than just an exploration of why we experience stress; it’s a guide to a revolutionary meditative

technique for finding peace, quiet, mindfulness, centeredness and simplicity in our daily lives. Michel will discuss a series of one-minute visualization and breathing practices and techniques that can be used throughout the day–whether in the workplace, while commuting, or at home–to unplug in the moment, before stress takes hold (of after it’s necessary).

Michel Pascal is a French author, meditation teacher, singer, filmmaker, and photographer. His unique brand of meditation is being practiced at Google, Harvard University, and many other major organizations. Before moving to the U.S., Pascal lived in the Kopan Monastery in the Himalayas. He has spent more than 15 years adapting traditional teachings and practices for students around the world. In addition, Michel has written 19 books in French about spirituality, including Instants Sacrés with His Holiness the Dalai Lama.