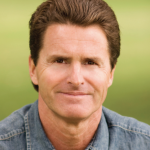 Joining Amerika Now during the first hour is the Founding Steward and Managing Partner of The Earth Keeper Alliance, Adam C. Hall, who will be discussing his new book, The Earth Keeper:  Undeveloping the Future:  The Extraordinary Story of an Earth Conqueror Turned Preservationist Who Uncovers Our True Nature and Reveals the Creative Power of the Universe.

This past Tuesday, April 22, 2014, was Earth Day.  And while we celebrate Mother Earth globally on her special day, we need to remember that it’s vital we all contribute to maintaining harmony and balance on our home planet year-round.  But we live in an era like none other in history.  The economy of the Western world and the ecology of the entire planet are threatened with collapse.  We must evolve if we are to remain a viable species on a healthy planet.  We must learn the Earthkeeper Way.

So says my first guest this evening, Adam C. Hall.  He’s written a powerful new book entitled The Earth Keeper:  Undeveloping the Future. The EarthKeeper is an inspiring story about a ruthless millionaire who woke up from his worldly life to become a steward of the planet in the sacred tradition of the Hopi, Maya, and Incan cultures. It’s a tale of high adventure filled with tears and heartbreak, transcendence and triumph, fate and destiny, peace and love.

Adam achieved the American Dream in all its glory and then awoke to the nightmare of his own life conditions.  Formerly a financial power broker and real-estate developer, Adam is now the Founding Steward and Managing Partner of the Earth Keeper Alliance, an Undevelopment company, which combines land conservation with land development to support the economic and ecologic viability of current and future generations.

Tonight, Adam will share his life-changing metamorphosis from Earth Conqueror to Earth Keeper.

Revisiting Amerika Now during the second hour is author, researcher, and popular radio personality Micah Hanks, who will be discussing his latest book, The Ghost Rockets:  Mystery Missiles and Phantom Projectiles in Our Skies.

Ghost rockets are one of modern history’s most enduring mysteries.  If you’re unfamiliar with the term ghost rockets, since the end of World War II and continuing today, there have been numerous reports of strange projectiles in the skies which hint at a technological phenomenon working behind the scenes of human history and development.

Ghost rockets feature in the ufological literature mainly in connection with the famous Scandinavian wave of 1946, but as Micah’s book indicates and he will discuss tonight, similar things are still being reported.  Unlike other authors in this field, Micah does not assume that all these reports have a common cause; some are misperceptions of other things, some seem to occur in altered states of consciousness, but some may be due to very real and very terrestrial missiles and the like, and pose a real risk to aircraft, and may in fact have been responsible for more than one fatal crash.  As an example, Micah will discuss TWA Flight 800.

Besides being a writer, researcher and popular radio personality, Micah’s also a frequent traveler and lecturer.  His research covers a broad range of subjects—from history’s mysteries, myth, and culture to political thought, anthropology and unexplained aerial phenomena.  He’s the author of four books, with his latest, The Ghost Rockets, dealing with unexplained missile incidents from the 1940s to present day.

If you’d like more information on Micah, his podcasts, books and articles, visit his websites at http://micahhanks.com and http://gralienreport.com.

Joining the show during the final hour is serial entrepreneur, leading thought leader and author Faisal Hoque, who will be discussing his latest book, Everthing Connects:  How to Transform and Lead in the Age of Creativity, Innovation, and Sustainability.

As the world gets more globally connected, our personal connections are growing exponentially as well.  It seems like we’re getting busier and busier, and it’s getting harder to take time to actually reflect on our lives and our careers.  And while the list of opportunities and problems seem to be growing, the time to reflect on them seems to be shrinking.  In addition, there’s been a shift in the priorities of the world.  Where we once lived in an era in which optimization and its implied rigidity was the only game in town, we now live in a time of creativity, innovation and sustainability—the new skills necessary for continued adaptability.  But what types of practices predict creativity, which social behaviors predict innovation, and which organizational structures lead to the sustainability of all these things?

Serial entrepreneur, leading innovation thought leader and author, Faisal Hoque, says these newest problems find solutions in the oldest and timeless practices of mindfulness, authenticity and perseverance because everything connects. Faisal will discuss why sustainable innovation begins with you.

Faisal Hoque is Founder of Shadoka, MIND 2 MIND Exchange, B2B ForeSight, and other companies. He’s the author of several books and regularly contributes to Fast Company and Huffington Post.   Formerly of GE and other global brands, Faisal’s work has also appeared in the Wall Street Journal, Business Week and Forbes.  In addition, he regularly chairs and speaks globally at CEO summits, business schools, and leadership forums.  He’s been named one of the top 100 most influential people in technology alongside such leaders as Steve Jobs, Bill Gates, Michael Dell, Larry Page among others.

If you’d like more information on Faisal Hoque and Everything Connects, please visit http://everythingconnectsthebook.com.