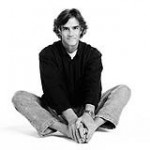 Kerry Blasdel joins Amerika Now for the entire show to discuss the “Shift of the Ages” and how to be in the flow of creation.

May 28th is the third day of the first night of the 9th wave of Universal Underworld, which will bring in a “Unity Consciousness” according to the Mayan Calendar.  This 9th wave began on March 9, 2011 and will end on October 28, 2011.  Kerry will be discussing how the “Shift of the Ages” is affecting us, and will talk about the current massive changes mankind is experiencing in both the man-made and natural worlds.  He will be discussing material based on information discovered and interpreted by Dr. Carl Johan Calleman (see Amerika Now Show Archives, Dr. Carl Calleman, March 20, 2010), whose central message is that the Universe is organized and not accidental.  The Universe’s purpose is to generate conscious life, and this is revealed in the Mayan Calendar, which is the only calendar not based on astronomical cycles but on the evolution of consciousness.

With the recent focus on the “End of the World”  (Harold Camping’s predictions for May 21st, 2011), Kerry will talk about the End of Time as foretold in prophecy and the Mayan Calendar as we move from the third dimension through the fourth and into fifth-dimensional Earth.

Recent massive Earth changes such as the earthquake and ensuing tsunami in Japan in March can be seen as adjustments in the interior of the Earth which are necessary to accommodate the information being received from the “Unity Consciousness” into humanity.

According to Carl Johan Calleman and Kerry Blasdel, humanity has a once-in-a-lifetime opportunity to understand Cosmic wisdom and learn to apply these teachings in our own lives.

Kerry is a conscious channel for his guides the Elohim.  The Elohim are a high-level consciousness who call themselves “The One and the Many” as well as “First Emanation from Pure Source.”  The Elohim are wise, gentle, high-order Gods who enter Kerry’s consciousness to deliver core information about the true nature of humanity and our place as Galactic Humans in the Cosmos.  They also deliver information about the “Shift of the Ages” and how to deal with the current changes that are ongoing.  Kerry will share this information as well as what’s to come as we pass through the 4th dimension into the fifth.

Kerry spent his youth in Athens, Greece, where he studied ancient and Greek architecture and society.  His architecture practice in Los Angeles specialized in residential design and construction–creating homes and interior architecture for discerning and demanding clientele in the entertainment industry.  He continues today to design and build interior design with small-scale residential projects as well as buying, renovating, and selling residential property.

While in Los Angeles, Kerry’s spiritual growth accelerated.  He learned shamanic practice, energy medicine, channeling, sacred geometry, sacred sexuality, and ritual.  He says it was a “waves spell” of energetic work that deeply anchored him both in the Earth and the Cosmos.  Kerry moved to Colorado in 1995, where he began channeling the Elohim.  He channels for a national clientele both in person and on the telephone.