MANHATTAN, Kan., April 30 (AScribe Newswire) — In 1918 a human influenza virus known as the Spanish flu spread through the central United States while a swine respiratory disease occurred concurrently. A Kansas State University researcher has found that the virus causing the pandemic was able to infect and replicate in pigs, but did not kill them, unlike in other mammalian hosts like monkeys, mice and ferrets where the infection has been lethal.

Juergen A. Richt, Regents Distinguished Professor of Diagnostic Medicine and Pathobiology at K-State’s College of Veterinary Medicine, studied the 1918 Spanish flu pandemic with colleagues from the Canadian Food Inspection Agency, U.S. Department of Agriculture and Mount Sinai School of Medicine.

Their research supports the hypothesis that the 1918 pandemic influenza virus and the virus causing the swine flu were the same. Richt said the virus was able to infect and replicate in swine and cause mild respiratory disease. The 1918 virus spread through the pig population, adapted to the swine and resulted in the current lineage of the H1N1 swine influenza viruses. The researchers’ study is published in the May 2009 Journal of Virology.

Swine flu is a respiratory disease of pigs caused by type A influenza that regularly causes outbreaks of influenza among the animals and can be transmitted to humans. It is a typical zoonotic agent. While swine flu was first recognized as a disease in 1918, there also were reports of the influenza occurring in the Midwest in 1930.

For the study, the researchers used the 1918 pandemic virus and a 1930 H1N1 influenza virus for experimental infections in swine. The 1930 virus was chosen as a virus because it is thought to be a descendent of the 1918 virus, Richt said.

The researchers did not find a significant difference in effects from the 1918 and 1930 viruses in infected pigs. This was surprising, since the 1918 virus killed more than 20 million people and was lethal to ferrets, mice and macaques. Another surprising finding from the study was the rapid antibody response in the animals infected with the 1918 virus, which is not typically reported for the swine influenza virus.

Richt said he plans to conduct a follow-up project that will study what makes a swine flu virus a pandemic flu virus.

The researchers conducted the study in the biosafety-level 4 laboratory and animal cubicle at the National Centre for Foreign Animal Disease in Canada.

WASHINGTON (CNN) — Vice President Joe Biden said Thursday morning he has advised his family to avoid “confined places” such as aircraft, subways and classrooms because of the swine flu risk. 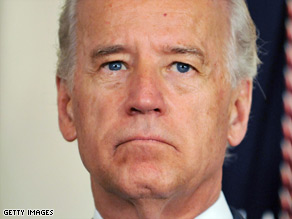 Biden made the remarks on NBC’s “Today Show,” after he was asked what he would tell a family member about traveling to Mexico, where the first cases of the virus — technically known as 2009 H1N1 — were detected.

The Centers for Disease Control and Prevention in Atlanta, Georgia, is advising people to avoid nonessential travel to Mexico, where the Mexican government suspects 159 deaths have resulted from the infection, most of them in or around Mexico City. Only a fraction of those cases have been confirmed.

“The CDC is concerned that continued travel by U.S. travelers to Mexico presents a serious risk for further outbreaks of swine flu in the United States,” the agency says on its Web site.

But Biden appeared to go a step further, saying, “I would tell members of my family, and I have, I wouldn’t go anywhere in confined places now. It’s not that you’re going to Mexico, it’s you’re in a confined aircraft. When one person sneezes it goes all the way through the aircraft. That’s me.

Watch the vice president explain why he wouldn’t fly »

“I would not be, at this point, if they had another way of transportation, (be) suggesting they ride the subway. … So from my perspective, what it relates to is mitigation. If you’re out in the middle of a field and someone sneezes, that’s one thing, if you’re in a closed aircraft or closed container or closed car or closed classroom it’s a different thing.”

Roger Dow, president and CEO of the U.S. Travel Association, responded to Biden’s comments by saying, “Americans should heed the advice of medical experts when determining how best to manage health concerns during the ongoing swine flu outbreak.

WASHINGTON (AP) — A member of the U.S. delegation that helped prepare Energy Secretary Steven Chu’s trip to Mexico City has demonstrated flu-like symptoms and his family members have tested probable for swine flu.

White House spokesman Robert Gibbs said Thursday that three members of an aide’s family are being tested to see if they have the same strain of swine flu that is threatening to become a pandemic. The aide worked in presidential advance, which is responsible for planning and preparing trips.

Gibbs said that Secretary Chu has not experienced any symptoms. The spokesman also said that President Barack Obama also has had no symptoms of the virus and doctors see no need to conduct any tests on his health.