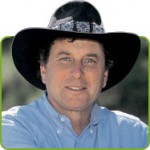 Joining Amerika Now during the first hour of the show are shaman, healer, and ceremonial leader in the Huichol Indian tradition Brant Secunda and six-time Ironman World Champion, Mark Allen.

Imagine having a powerful connection between your physical body and the inner, intangible part of you called the soul.  You could do just about anything you desired;  you could accomplish more at work, be more creative, and have relationships that are more satisfying.  All while being in the best shape of your life.  Sound too good to be true?  Not when you learn the elements of the Fit Soul, Fit Body way of life.

Brant and Mark have teamed to write Fit Soul, Fit Body:  9 Keys to a Healthier, Happier You, an unprecedented and inspired approach to lasting physical, mental, and spiritual fitness–and vibrant emotional health.

Whether you’re searching for better physical health, or working to improve the quality of your life and how you feel about yourself, Brant and Mark will provide the tools, insight, and inspiration to help you achieve results you never thought possible.

Brant Secunda is a shaman, healer, and ceremonial leader in the Huichol Indian tradition of Mexico.  He completed a 12-year apprenticeship with Don Jose Matsuwa, the renowned Huichol Shaman who lived to be 110 years old and who adopted Brant as a grandson.  Alongside other dignitaries including President Jimmy Carter, Brant co-founded the Peace University in Berlin, and is a founding member of the American Herbalists Guild and has taught at the American Holistic Medical Association Annual Conference.

Brant lectures at conferences and universities worldwide, and since 1979 has been the Director of the Dance of the Deer Foundation Center for Shamanic Studies in California.  He’s worked with many organizations around the world, and was a nominee to be a recipient of the prestigious MacArthur Award for his service worldwide.  His work has been documented on television, radio, and in articles and books around the globe.

Mark Allen is a six-time Ironman World Champion and has been called “The World’s Fittest Man” by Outside Magazine and “The Greatest Triathlete of All Time” by Triathlete Magazine. Mark attributes his success to his ongoing studies with Brant, who showed him how to find fitness not only in physical strength but in the power of personal spirit and balanced living.  Mark’s been featured numerous times on major network television shows and in national publications–having appeared on more than 100 popular magazine covers worldwide.

Since leaving the sport after a successful 15-year career while still at the top of his game, Mark has worked as a sports commentator and advisor for NBC.  He’s also consulted with and spoken to many Fortune 500 companies.

Brant and Mark continue to work together at events and retreats throughout the country and around the world.  Their book, Fit Soul, Fit Body:  9 Keys to a Healthier, Happier You received the prestigious Nautilus Award, a program recognizing books that promote spiritual growth, conscious living, and positive social change.