JOIN Barb and John as they discuss the latest news of the week, including Barr’s interference with Roger Stone’s sentencing, his lie to the American people about it, and why Barr needs to be removed as AG.  John and Barb will also touch on early voting in Iowa and New Hampshire and why we need a National Primary. 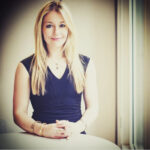 Joining the show during the second hour is author and Founder of Topia, Brynne Kennedy. Brynne will be discussing her new book, Flat, Fluid, and Fast: Harness the Talent Mobility Revolution to Drive Employee Engagement, Accelerate Innovation, and Unleash Growth.

Within five years, Millennials and Gen Z will make up 60 percent of the workforce. Unlike prior generations, today’s younger workers switch jobs frequently–25 percent of Americans ages 29 to 44 have completely changed fields since starting their career, based on recent studies–and place a premium on working flexibly. Combining demographic facts with the force of technology, more people work in different ways–as freelance or gig workers; from their homes or while traveling the world. Yet, most organizations cling to traditional office spaces, work schedules, and ways of managing, motivating, and compensating their workforce.

operating and HR practices for any company that aims to stay in business. In Flat, Fluid, and Fast, Kennedy offers a comprehensive guide to help business leaders, managers, and HR professionals to help continually attract workers with the skills to do the jobs their company needs to succeed and to transition existing employees into new jobs when market disruptions demand a different workforce.

Brynne Kennedy is the Founder of Topia, a talent mobility company sought after by major organizations around the world to facilitate moving their employees between geographic locations and roles. During her nine-year tenure as CEO, she grew Topia to global operations, raised more than $100 million, and helped tens of thousands of families transition to new jobs and communities. Later, Kennedy launched Mobility4All, a charitable initiative to support refugees, and also advised lawmakers on policies for economic growth and innovation. Brynne has been recognized as Entrepreneur of the Year by The Stevie Awards (2017), Women in IT Awards (2016), and Women of the Future Awards (2016), and included in Management Today’s 35 Under 35. Committed to political change that supports a workforce in step with the future of jobs, Kennedy is currently a candidate for Congress in California’s 4th Congressional District. She holds a BA in History from Yale University and an MBA from London Business School.

KEN GOLDSTEIN comments each hour on Credit Scores and Love (Rebroadcast from February 27, 2016).